After the end of August, prices for Cal 23 power in Germany were quoted above 1000 EUR/MWh and for gas above 300 EUR/MWh, the exponential price movement has come to an end and prices have moved back from these extremes to 500 EUR/MWh (power) and 190 EUR/MWh (gas).

It remains clear to market participants that the disruption to market prices caused by the lack of gas supply will be long-lasting.

The announced and hectically discussed steering measures of the EU and national governments are being prepared and this causes higher volatility of prices. The principle of “hope” is taking hold. Fundamentally, it still remains doubtful whether large EU countries like Germany will make it through the winter without any restrictions on consumption.

At the same time, passing on prices to small and very large end consumers is causing more and more and ever greater problems. Because if at the beginning of the price increase companies were still able to increase their product prices, they are now more and more forced to restrict or relocate their production. Households, which have not yet felt the full impact of the price increase, are also reaching the financial limits in many European countries.

Russia is also causing the maximum damage in Europe in September with the insufficient supplies, which, however, do not approach 0 in total. Supplies of 0 would result in clear opposition from the EU. With deliveries below 1 TWh/day, there may not be enough for Europe next winter, but many people believe there could be more to come.

Since I started working in energy trading in 1998, a situation like the one now prevailing after the outbreak of the war was unthinkable. There is an energy shortage in Europe and politicians in EU member countries are now wrestling with whether, which and when energy control measures are appropriate. From our perspective, pricing is working: Prices are so high that additional supply of power and gas is avoided demand. That is, many industrial companies are now selling power and gas because they cannot produce their goods with the energy prices. Therefore they sell power, gas and CO2. This now leads to a decrease from the price peaks in the middle of September. To a good part, however, the expectation builds on unclear aid measures from governments or the EU. In our opinion, however, this is overestimated. The shortage remains and the market price must seek the price at which the industry no longer consumes energy or replaces gas with oil or other fuels.

The gas price will remain dominant for power and coal in the coming months. Coal-fired power plants are running at full capacity in Europe, Germany’s nuclear phase-out is creating additional shortages in the electricity market, and there, too, the principle of hope rather than clarity prevails. French nuclear plants are producing well below seasonal levels, and hydrology is below average from the Balkans to Norway. Coal prices have risen to record levels. Q1 2023 was trading around $350/ton in early September. CO2 prices have now softened and are at a low of around 65 EUR/t. Gas also remains the tipping point for power production due to the high cost of alternative fuels.

In our view, the coal price could fall faster than the gas price in Europe. 140 USD/t is quite possible if recession fears persist. At present, this is not realistic because all major consumers want to replace gas with alternative fuels such as oil, coal or biomass.

In the case of power, too, hopes of a further drop in prices are rather dim. French NPP production will probably come back, but will remain scarce. Everyone assumes that hydrology should improve.

Where do we go from here? We’ll stick with this: ask Putin or Biden or astrologer Gerda Rogers. The high prices are a strong long-term incentive for additional LNG supply and a shift to renewables. The war with Russia is expected to last even longer with each passing day, and thus forward market prices for year 24 and beyond are also rising. Nearly 235 EUR/MWh is now the cost of power (BL) for 2024. Economically, this is a real disaster for European economies, which is gaining momentum with rising inflation.

We don’t know what surprising turn of events is yet to come on the global political stage: Europe’s only option is to hope for warm weather in winter and better supply of renewables so that we don’t have to produce power from gas and coal-fired power plants. However, this is becoming increasingly difficult as conventional power plants in Europe tend to be shut down and the conversion to renewables is going too slowly. The EU’s desire to reduce consumption in Europe by 15% gas savings doesn’t help all that either. The governments do not want to force the citizens to save energy, but to provide compensation payments. This will increase consumption and tend to increase scarcity.

Nevertheless, gas and power are expected to become cheaper again in the distant future, simply because such fantasically high prices affect both supply and demand. However, the cheaper price will only come within a year if the war takes an extreme turn and there is an immediate reconciliation with Russia. What would have to happen for this to happen, we cannot imagine either. Therefore, European markets remain a pawn between sanctions and the restrictions imposed by the war. And although Ukraine (physically) and EU-Europe (financially) are footing the bill of this conflict, they have little say in the matter. The burden of the Ukrainian population seems inhumane and it is exasperating that Europe does not have a good hand in fighting the injustice caused by Putin.

We believe (note – not all in our house) that gas flows from Russia will be further restricted in any case. Either Putin continues to supply too little (but not 0) or the Europeans manage to make good on the “threat” of stopping imports and thus turn off the tap themselves. From my point of view it is only a question whether the EU is faster in LNG terminal construction or Putin creates LNG exports to China, Mongolia or India or simply produces more aluminum and artificial fertilizer (please take this symbolically).

In our view, the situation remains very unfavorable for everyone. Large consumers, end consumers and even energy producers have unprecedented and great adjustment difficulties with the high prices.

We wish you personally and in your work for your companies all the best in this exceptional situation and will gladly support you if you want to and if we can. 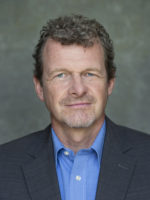